December 12, 2019 Ryukyu Shimpo
On December 10, the International Union for Conservation of Nature (IUCN) announced that the dugong that inhabit the waters around the Nansei Islands are critically endangered.
The IUCN is the world’s largest nature conservation organization with more than 200 government agencies among its members.
The announcement marks the first time that the IUCN has evaluated the conservation status of the dugong.
In the IUCN evaluation, the planned relocation of the U.S. Marine Corps Futenma Air Station with the construction of a new base in Oura Bay and Henoko, Nago is identified as a key concern.

According to the report, the damage to or loss of seagrass meadows there is likely to seriously impede the recovery of the dugong population.
This is a different stance from the Japanese government’s, which denies the impact of construction.
Critically endangered is the status used for species with the highest risk of becoming extinct.
The Japanese Ministry of the Environment classified the dugong as “Class 1A Endangered,” which also indicates the highest risk of extinction, in 2007. Now an international agency has confirmed this status.
Aside from the dugong, the IUCN categorizes 12 plant and animal species in Japan as critically endangered, including the Sakhalin taimen and the Okinawa sumire.
In March of this year, a dugong was found dead in the fishing port in Nakijin. This led Hideki Yoshikawa and his team at the Save the Dugong Campaign Center to petition the IUCN to evaluate the conservation status of the Nansei Islands dugong.
According to the IUCN report, there were approximately 30 dugongs living around the Nansei Islands in the 1970s but that number is now estimated at less than 10.
Since the construction of the new base in Henoko began, the two dugongs who had been seen in the waters around the construction site have disappeared. The Ministry of Defense denies any connection to construction.
“Since 2000, the IUCN has asked the Japanese government to protect the dugong through recommendations and resolutions,” Yoshikawa says. “But far from protecting them, we’ve reached a point where they have vanished from the oceans around Okinawa. We can’t even find signs of them feeding in the area.”
He continues, “Dugong used to live in the waters around Henoko. The government should at the very least stop construction for a few years and see if they come back.”
(English translation by T&CT and Ellen Huntley)

(In Front of the Gate)  Yesterday, the Okinawa Defense Agency submitted the application to the Motobu Municipal Office for the permission to […] 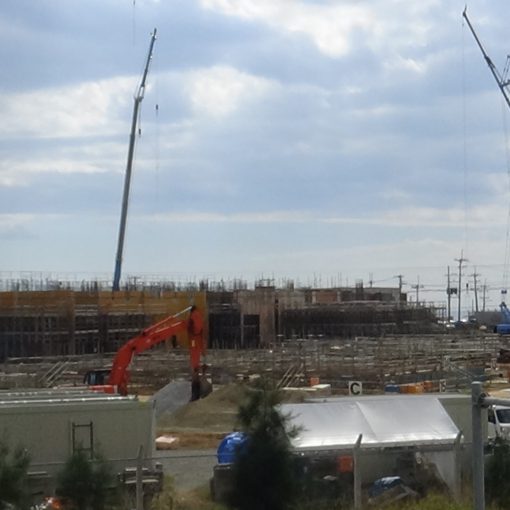 (In front of the Gate) No delivery was made, although 130 people joined the sit-in. For more than 2 months since the […]