The 3rd wave of COVID-19 is hitting us, and the anxiety covers Japan. The Suga Administration pushed for economic activities over prevention, and infection encompasses all corners of the state. Medical service shutdown is pending, and restaurants open only for limited hours. Our economy is worse and will worsen for some time to come. The part-time workers who lost their jobs line up in a queue to “field diners” for the people in need. Small compensation for the business in needs and preventive means falling behind demonstrate how incompetent the Administration is. But they insist on holding the Olympic Games. Where are we heading?

We learned more infected cases reported in Nago City. Our priority is not the new base construction, but the construction work progresses, and the people come to protest feeling desparate. Approximately 40 people, including Okinawa Heiwa Shimin Rennraku-kai (Okinawa Peace Forum), resumed the sit-in rally.

A total of 255 trucks made deliveries in three rounds.

Over 20 members of Shimagurumi Nanbu (Nunbu chapter of Island-Wide Conference) rallied at the pier’s entrance and exit. Five cars of GoGo Drive joined the rally. A large amount of landfill soil, more than 2,000 truckloads, is heaped high in the temporary storage yard. The dump trucks coming from the quarry and those moving the earth from the storage yard to the carriers are moving busily in the pier grounds.

Commander H came to enforce severe restrictions at the exit after 11:00 am, and the protesters shouted objection to his exccessive restrictions. When he examined one of the GoGo Drive cars, commander H’s superior came out to release the driver. The police headquarters is concerned over commander H’s excessive enforcement. Our appeals to newspapers and the Public Safety Committee regarding his excessive controls have worked out fine.

A total 859 trucks loaded three carriers with landfill soil and sand. Yesterday, the first loading in 2021, 1,000 truckloads, was made to three carriers.

The first shipping operation in 2021 started today. The police and civilian security guards totaling 50 attended five members of the Motobu Shimagurumi (Motobu chapter of Island-Wide Conference). The cold winds blow from the sea, but the protesters walked slowly to cross the road to delay the delivery operation.

Three sand carriers with grab buckets were loaded with 708 truckloads of landfill soil. 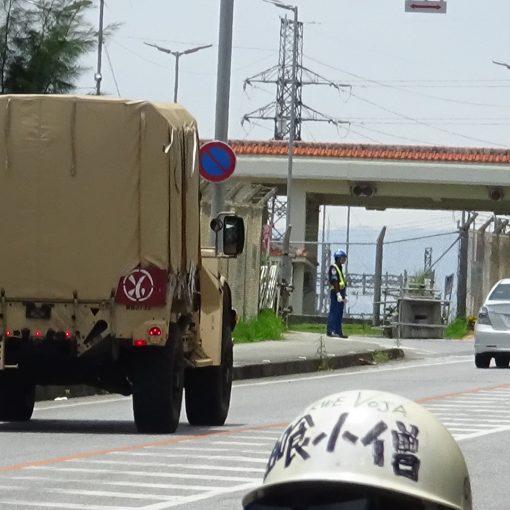 In order to prevent the COVID-19 contagion, All Okinawa Coalition has suspended all their official protest actions since August 4. However, people […] 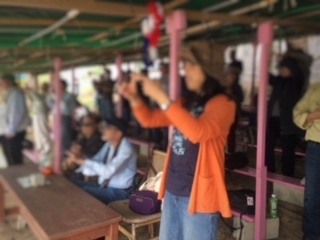