Takamatsu Gushiken, 67, went on a hunger strike at the square in front of the Okinawa Prefectural Government’s office building. Gushiken represents “Gamafuyaa,” a volunteer organization that collects the remains of those who died in the Battle of Okinawa. As the earth and sand in Southern Okinawa contain war victims’ remains, he objects to using the soil collected for Henoko landfill for the new base construction. I joined the fasting in solidarity with him and to report on the 6-day protest.

At 8 am, we set up the tents that serve as our living quarters. Nearly 20 people who had gathered helped us. We installed three banners. Soon, it was time for the civil servants of the Okinawa Prefectural Government to report to work. Although we handed out the fliers, most of them refused. Only one out of five accepted it. Around 9 am eight Prefectural Assembly members of the governing party (All Okinawa Coalition) showed up and promised to make an appeal for us at the assembly. It was, by chance, the first day of the Assembly session. Around noon, Shimabukuro Fumiko-san, 91, in the wheelchair, visited from Henoko to cheer us. “Using the land mixed with the remains of those killed in the war for land reclamation is the same as killing them a second time,” she claimed. In the afternoon, the crowd numbered nearly 50 people, who came to show their support for us. The activities to collect signatures and to reach out to passers-by got more energetic.

In addition to Gushiken-san, three people, including myself, participated in the 6-day hunger strike. Gushiken made three appeals: 1) Okinawa Defense Bureau should abandon the plan to collect earth and sand in Southern Okinawa, 2) Governor of Okinawa should stop the development of Kumano Mine based on article 33, section 2 of the Natural Parks Act. 3) The Okinawa Prefectural Assembly should establish an ordinance to make it illegal to collect the earth and sand in Southern Okinawa, where the remains of war dead are still left. More than 300 people signed the petition. Nearly 30 journalists and media visited the protest site. We got more than great attention on day 1 of the hunger strike.

At midnight it started raining. Rainwater flew into the tents. Following the advice of Makishi Yoshikazu-san, an architect, we had put our sleeping area higher than the ground using blocks and wooden panels. So, we could avoid the misery of getting wet. I didn’t feel hungry much.

At 6 am, I woke up to the sound of drumming by Kamoshita Shonin, who was sleeping in the next tent. “This is our alarm clock,” Kamoshita-san said. Although getting up early, I had nothing to do but set up the gathering site. I put water and salt alternately into my mouth.

At 10 am, nearly 100 people showed up at the square in front of the Prefectural Government office. In the afternoon, via live video chat, we were connected with the rally held in the Diet building in Tokyo, where people gathered to support us. Gushiken-san explained the issues on hand and asked their support not to allow the earth and sand collection.

People kept coming to support Gushiken-san – including the family members who lost their loved ones and still have not found the remains, Buddhist monks, Christian sisters, council members of various city assemblies. All-day long, whenever a reporter interviewed Gushiken-san, the other reporters from different media companies surrounded him. “Talking with media is more tiring than the hunger strick,” Gushiken-san confessed. Still, he was willing to talk with journalists as he knew it’s the best opportunity to raise people’s awareness.

During the rally held at noon, Gushiken-san shouted through the microphone: “Governor Denny Tamaki, help! Help! Please don’t abuse the war-dead. “The silence dominated the place for a while, and then we heard applause. A report on the rally organized in NY to show their solidarity with Gushiken-san followed, and a message from Veterans for Peace NY was readout.

It was such a busy day that I had no time to think of hunger. However, I had a difficult time for four hours after cleaning up until sleep. We chatted in the dim light, listened to music, then all 4 of us slipped into the sleeping bags. 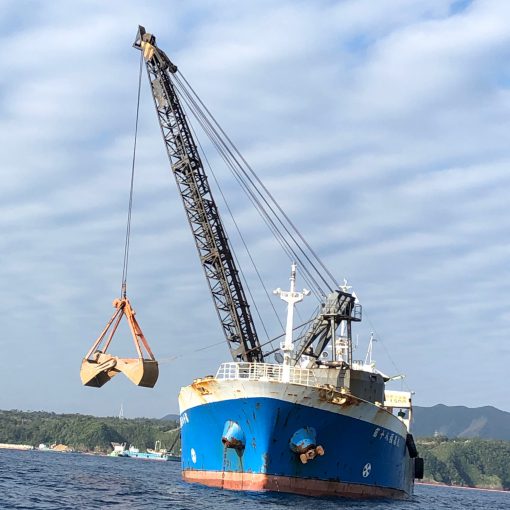 (In front of the Gate) From 8:30am, 25 people resumed the sit-in including 4 young workers from a welfare facility in Kyoto […]