(In front of the Gate)
Expecting that this is the day the Revocation of the Permit is to be announced by the Prefectural Government, many journalists were at the site in the morning time, along with the regular protesters on the sea and the Gate. At 9 am in the Gate area were 20 people, and later it increased to 40. A group of the university students from Kochi Prefecture also joined. One of them made the speech, which gained a big clapping from the sit-in audience. “Before coming here, I had different view. Now that I have seen the site and heard from you what you have to say, I am convinced that the justice of the cause is with you! I wish to hear more from you!”

(Protest in the Sea)
Many journalists were on board the three protesting boats to observe the sea-wall, which were completed in the early August. Seven protesting canoes were also on the sea, although no construction work was on going. 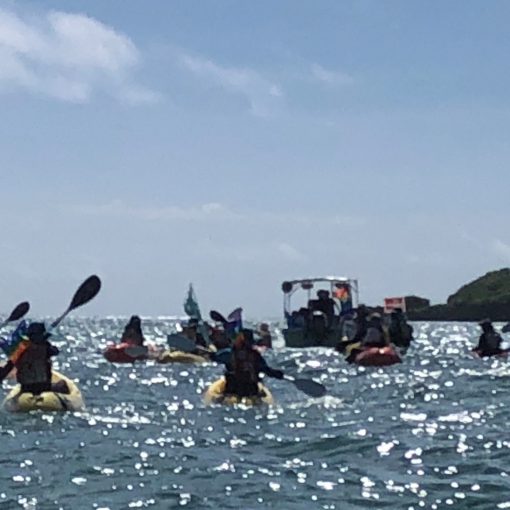 ( in front of the gate )- The original plan was to start land reclamation that day, but it was postponed due […]