On September 7, 133 scholars and informed persons from around the world including the US, Canada and Australia signed and issued a statement in support of the Okinawa Prefectural Government’s revocation of the land reclamation approval for the Futenma replacement facility being constructed in Henoko, Nago City, originally given by former Governor Hirokazu Nakaima.

The statement points out that, “Base construction flies in the face of constitutional principles such as popular sovereignty and the right to regional self-government.”

It calls on US President Donald Trump and Japanese Prime Minister Shinzo Abe to promptly halt construction of the Henoko base, and to demilitarize Okinawa.

This is the 4th international statement made by informed persons from around the world in relation to construction in Henoko.

In January 2014 Chomsky and others released a prior statement opposing the Futenma replacement facility and requesting the immediate and unconditional return of Futenma Air Station’s land to Okinawa.

Even following the 2014 international statement the US and Japanese governments ignored Okinawans’ popular will and continued forcing through construction of the replacement facility including setting dates to deposit soil in the ocean.

Those signed on to the statement saw that the circumstances were not getting any better but rather getting even worse, so they decided to raise their voices again.

In addition to addressing the replacement facility being built in Henoko, the newest statement has also raised the issue of SDF deployment to the Nansei Islands such as Miyako Island, Ishigaki Island, and Amami Oshima.

It pointed out that, “It is time to rethink the ‘fortress’ role assigned to Okinawa by successive Japanese governments and U.S. military and strategic planners and to begin to articulate a role for Okinawa, including its ‘frontier’ islands, as the centre of a de-militarized community to be built around the East China Sea.”

Furthermore, this new statement asserts, “Okinawan opposition to the construction of a new base has been constant, reaching at times over 80 per cent in public opinion surveys, and has been repeatedly affirmed in elections.”

August 14, 2018 Ryukyu Shimpo A memorial service for Okinawa governor Takeishi Onaga, who passed away at age 67 on August 8, […]

Sep 20, 2018 | KYODO NEWS The Okinawa prefectural government on Thursday submitted to the local assembly a bill proposing a referendum on […] 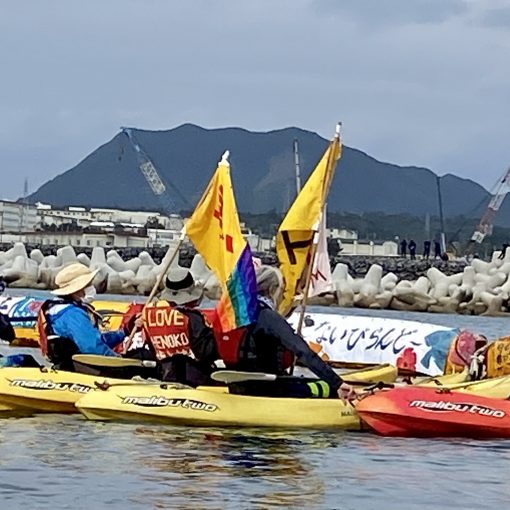