(In front of the Gate)
Today, the sit-in was resumed at around 8:30am with 25 people. Some dump trucks arrived in front of the Gate before 9:00am. A total of 105 trucks went inside the US military base. Sixty riot policemen removed the sit-in protesters. Terrible sorrow to watch the dump trucks to go inside the US military base. Some protesters were in tears. The maximum number of protesters for the day reached 60.

(On the Sea)
Today, due to a bad weather, only one vessel was out on the sea to protest, and no canoe was out. An area of the sea along Henoko was blocked off by oil fences and floats which completely surrounded the area designated for landfill. One of the expert canoe members asked some members of the Coast Guard, “You used violence and have successfully closed off the portion of the sea. Are you now satisfied?”
“I believe that you joined the Coast Guard because you love the sea. What do you think of the fact that the beautiful sea is destined to be destroyed?” 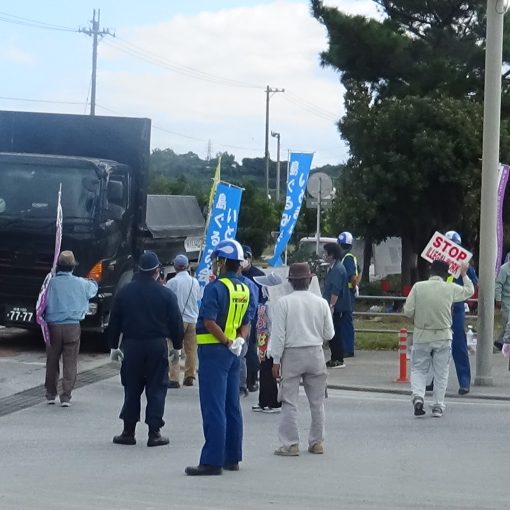 On Nov 24, thirteen citizens filed a claim to the Public Safety Commission.  They also submitted a written inquiry to the Okinawa […] 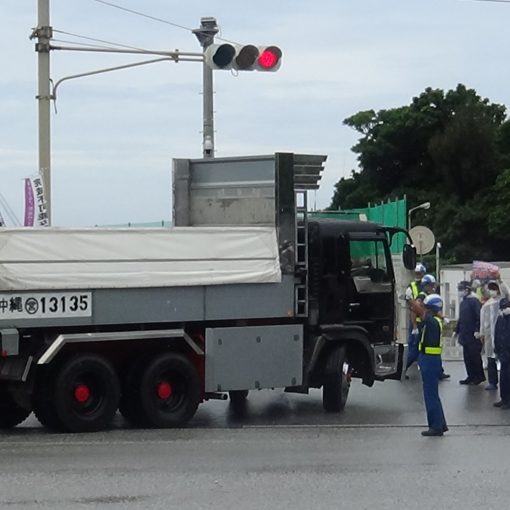