Last month in advance of municipal assemblies voting on the supplementary budget for holding a prefectural referendum lawyer and Lower House member Masahisa Miyazaki (LDP) held a study meeting for members of these assemblies.
The referendum concerns Okinawans’ support or opposition of land reclamation work association with the construction of the Futenma Replacement Facility in Henoko.
During the study meeting Miyazaki distributed materials calling for rejection of the budget to hold a prefectural referendum, bearing words such as, “Assembly members bear no legal responsibility in matters such as compensation for damages.” It is likely that Miyazaki’s claims will sway assemblies’ members toward rejection of the budget. Some of these materials obtained by the Ryukyu Shimpo read, “We should call attention to the impropriety of the prefectural referendum, and make our best efforts to reject the draft budget.”

These materials state that should the budget be rejected, “It would be inappropriate and disrespectful to assemblies for a mayor to effectuate the budget despite its rejection in the assembly.”
Miyazaki said in interview with the Ryukyu Shimpo that, “Assembly members sometimes hold study meetings on political matters, through which there are important exchanges of opinions and sharing of information.”
Aforementioned materials that the Ryukyu Shimpo obtained were two documents bearing Miyazaki’s name and dated December 5, 2018, titled, “Regarding a Response to the Ordinance for a Prefectural Referendum.
” The first page lists issues with the prefectural referendum in response to the ordinance. There are six points on this page, some of which are, “There is no consideration or scruntiny being given to removing the danger of Futenma Air Station,” “This only heightens and further entrenches risks,” “Okinawans’ opinions cannot be summarized by the two options ‘yes’ or ‘no’,” and “Information cannot be provided objectively and with neutrality.”
On the second page, the document states that, “It is time to pose a question to the municipal assemblies,” and suggested that assemblies either “1. adopt a written statement opposing the prefectural referendum,” or “2. reject the draft budget necessary to cover administrative work [for the referendum].” The essence of assembly members’ arguments and written statements opposing the draft budget are accordant with Miyazaki’s claims. Furthermore, mayors are refusing to arrange for administrative work for the referendum.
One such document is titled, “Interpreting Local Autonomy Law in accordance with a Response to the Ordinance for a Prefectural Referendum.” This document raised the question, “Is it unthinkable that the methodology of the assemblies could be for us to shelve the budget issue or continue the process to reject it, without devolving into argument?”

(In front of the Gate) Today, the sit-in was resumed at around 8:30am with 25 people. Some dump trucks arrived in front […] 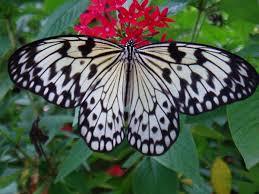 October 24, 2019 Ryukyu Shimpo On October 23, the “Okinawa Prefectural Butterfly” Selection and Advisory Committee held their second meeting at the […]