(In Front of the Gate)
Abe administration won the recent election of the House of Councilors and proceeds on the new base construction, and our anger with Abe Administration has not been eased. We sit in to rally every morning knowing that we will be removed, but we do not feel helpless. Because our non-violent protest is so widely accepted by the world that the public criticism against Abe administration has been increasing recently. Today, one of the representatives of International Peace Bureau (IPB) of which members are from 70 countries and about 300 groups. They received the Novel Prize. One of the representatives, Mr. Reiner Braun met with the Governor Tamaki and stated.
“The fight in Okinawa is a model for other countries. We sincerely hope that this will be the first of the movement that opposes the US military bases.”
Today, truckloads of 109 were delivered.

(On the Sea in Oura Bay)
One boat and 10 canoes went out on the sea and confirmed that unloading earth and sand and setting up blocks were in progress. The canoe team tried courageously to go over the floats to rally, but were detained immediately by the Coast Guard and brought back to the shore.

(In front of Ryukyu Cement Pier in Awa)
All day long, we rallied in front of the gate where dump trucks come and go. It is a fight against the heat, but the resolution to “delay the truck deliveries as much as possible” pushes us to keep on rallying in front of the gate.
Today, loading also took place at Shiokawa Pier, and 852 truckloads in total of earth and sand were loaded to the cargo ships.

(Other)
Okinawa Defense Bureau made a request to the Prefectural Government in April to transplant the corals growing along the Oura Bay, but the Prefectural government decided to wait for the conclusion of the suit against the national government before responding the request. The summary plan of the construction confirms that the corals will be transplanted. In the planned construction area in Oura Bay, 74,000 small colonies of corals are noted to grow. Provided that 100 colonies per day are transplanted, it will take 2 years to complete the transplanting all the colonies. In addition to that, improvement to the soft floor that lies 90 meters deep in the water awaits. Abe administration spends tremendous amount of funds and time to proceed on the almost impossible task of the base construction.
Squandering our tax money like water and polluting the sea, in addition to threatening the life of the residents near the base, the administration proceeds on the construction of the US military base, which is the most nonsensical deed in the human history. 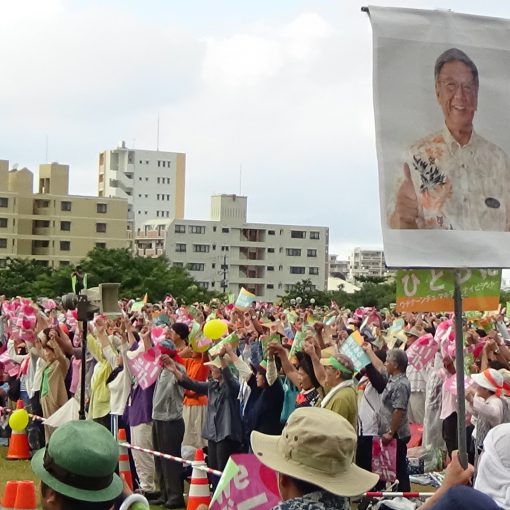 (In front of the Gate) At 9:00am, 10 people started sit-in. The number of participants increased to 35 including those who came […]

(In front of the Gate) No delivery by trucks today. The number of participants maxed to 275 including approximately 170 members from […] 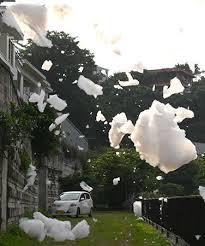