Amid the state of emergency, the U.S. Marine corps in Okinawa and the Japan Ground Self-Defense Forces (JGSDF) began with their joint training at Blue Beach, Kin Town. The landing operation training included the day-and-night-time helicopter take-off and landing practices, participated by 2500 from US Marine Corps and 230 from Japan Amphibious Rapid Deployment Brigade (ARDB).

The Japanese participation increased considerably from the last year’s 60. The joint training will continue until Feb 6.

Governor Denny Tamaki has expressed his concerns about the spread of the novel Coronavirus and asked JGSDF to refrain from the training. JGSDF ignored it and proceeded with its training plan. Last week, a report revealed that ARDB secretly agreed to station at the new U.S. base under construction.

Unanimously, all political and civic organizations within the prefecture raised their voice of objection. The protest activities continue before Camp Hansen, where the Marine Corps stay.

ARDB was supposed to board JGSDF’s carrier ship “Osumi” from Nagasaki; however, on Feb 1, they announced that malfunctioning in the carrier ship’s propulsion system forced ARDB to cancel its participation. SGDF’s involvement ended at a smaller scale of 40 troopers.

Because of the emergency state, All Okinawa suspended all protest rallies, but a small group of people continues to rally at Camp Schwab, Awa, and Shiokawa.

From Jan 28 through Feb 3, the shipment, in terms of truckloads, was as follows. The number in brackets indicates the number of vessels.

There were about 10 sit-in participants at 9am, and it was increased to 40 around the noon, joined by 15 university students […] 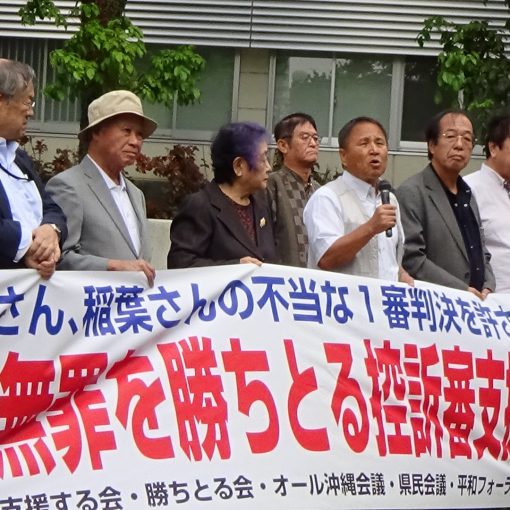 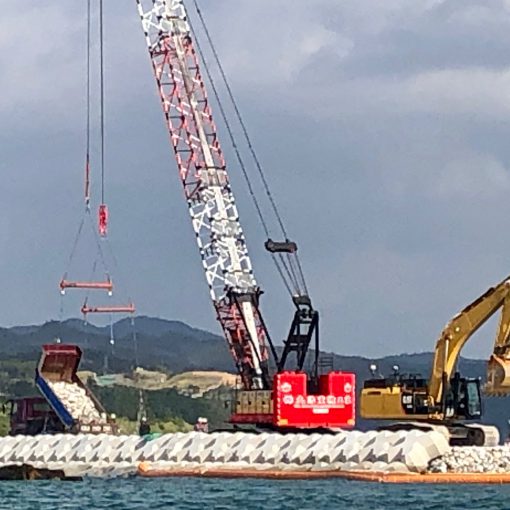