( in front of the gate )- The original plan was to start land reclamation that day, but it was postponed due to the sudden unexpected death of the governor Onaga. The administration suspended the plan for the coming election of the new governor: constructing US base could be disadvantage for the administration. 220 people started sitting down at 8:30 am to thank for the late Onaga what he had done to protect the sea in Henoko, and to succeed his strong will for stopping the construction of the Henoko US base.There were over 400 people at 11:30 am. They demonstrated walking from the construction gate to the main gate. Then they all walked to the sandy beach in Henoko at 1 pm for cheering the protestants on canoes. There were over 450 people on the beach. Diet members and the Nago city Councillor who was ready for the upcoming election greeted, ‘the late Onaga claimed revocation of the permit confidently. He was so confident even though he had no hair because of radiation therapy. I wonder if he knew he was dying then.” we all should succeed his strong will and we shall never let them construct the base.’ There were many people gathering for protest in front of the prefectual office at 6:30 pm, which called for the early revocation.

( protest on the sea )-As the administration was going to start the land reclamation that day, many people gathered to demonstrate on the boats and canoes. 25 people from the media companies from the mainland along with 30 people got on the 5 protest boats. 48 protest canoes were on the sea. There were 120 protestants on the sea, though there was no workers on the sea wall.

April 15, 2020 Ryukyu Shimpo online edition On April 14 the “All-Okinawa Coalition” (All-Okinawa Kaigi), which is made up of political parties […] 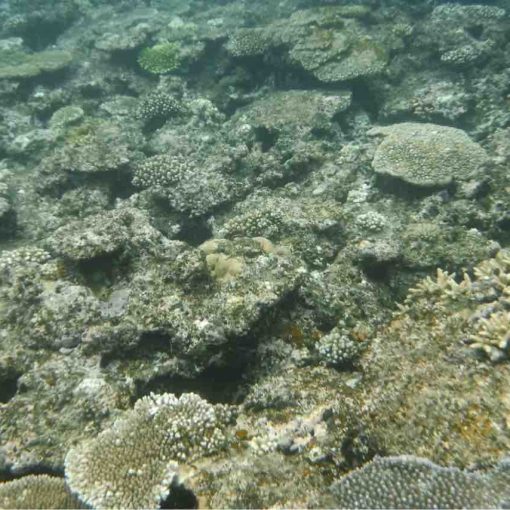 Last week the diving team “Rainbow” surveyed on the condition of coral in the Oura Bay. The focused survey point called “Chiribishi” […]