(On the sea)
2 protesting boats and 12 canoes tried to block the barge that was coming alongside the revetment, K9, but the protesters could not get close because being blocked by the coast guard officers. Soil/sand containing a lot of red clay was continuously delivered by dump trucks to Landfill Area 2-1. This day, the crushed stones were dumped also into Landfill Area 2 where construction will be started in March. It is considered that a revetment will be developed. 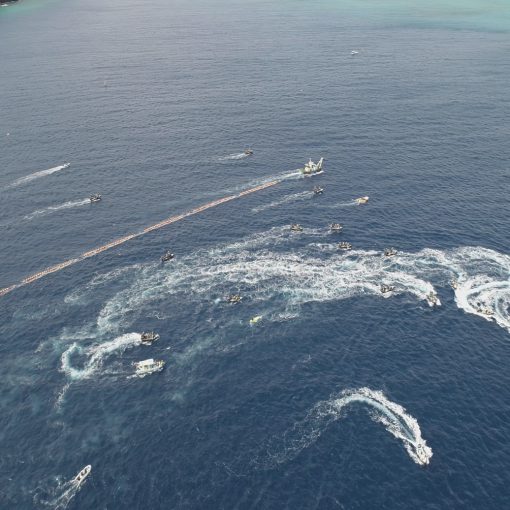 February 24, 2020 Ryukyu Shimpo February 24 marked the passage of one year since the prefectural referendum showing Okinawans’ opposition to the […]