Okinawa Gov. Denny Tamaki met on Friday with Prime Minister Shinzo Abe and called for the launch of trilateral talks involving Washington to review a plan to transfer a key U.S. military base within the prefecture after a referendum showed strong local opposition to the plan.
Tamaki told reporters after the meeting in Tokyo that the prime minister did not directly respond to the request but that Abe said he intends to continue talks with him.
The request comes after a nonbinding referendum in Okinawa Prefecture on Sunday showed that more than 70 percent of voters rejected the plan to move U.S. Marine Corps Air Station Futenma from a crowded residential area of Ginowan to the less populated coastal zone of Henoko. The plan originated in an agreement reached between the Japanese and U.S. governments in 1996.
Tamaki visited Abe to report on the outcome of the referendum, which asked whether Okinawa residents agreed with the landfill work being undertaken in Henoko.
The referendum ordinance requires the governor to report the outcome to the Japanese premier and U.S. President Donald Trump when any of three options — “yes,” “no” or “neither” — are approved by a quarter of eligible voters.
“It’s extremely significant that the will of people (in Okinawa) urging (the government) to give up the transfer to Henoko was clearly shown for the first time” through the referendum, Tamaki said at the outset of the meeting. He asked Abe to “immediately” stop the construction work.
(Photo taken Feb. 23, 2019, from a Kyodo News plane shows the relocation site for U.S. Marine Corps Air Station Futenma in the Henoko coastal district of Nago.)
The central government has said it has no plan to stop the work and will proceed with the project regardless of the outcome, saying it is the “only solution” for removing the dangers posed by the Futenma base without undermining the deterrence provided by the Japan-U.S. security alliance.
“While taking the outcome seriously, we would like to produce results step by step to reduce the burden” of Okinawa in hosting the bulk of U.S. military bases in Japan, Abe said in the meeting.
Deputy Chief Cabinet Secretary Kotaro Nogami said at a press conference later in the day that the central government should be responsible for negotiating with the U.S. government on the matter when necessary.
Tamaki, who was elected governor last September on a platform of blocking the relocation plan, also paid a visit to the U.S. Embassy in Tokyo so that the outcome will be reported to Trump.
Deputy Chief of Mission Joseph Young said he will convey the result to U.S. Ambassador to Japan William Hagerty, according to the governor.
At a press conference at the Foreign Correspondents’ Club of Japan later Friday, Tamaki said the outcome fully reflects how people in Okinawa feel about the Futenma base issue and should be more respected than anything else.
“What is being tested now is democracy of the Japanese government,” he added.
In the plebiscite, 71.7 percent of the voters voted “no,” while some 19 percent voted in favor of the plan and 8.7 percent voted “neither.”
Jinshiro Motoyama, who represents a civic group that collected signatures from more than 90,000 people to realize the poll, said at the press conference that “the central government should not trample on the Okinawa people’s will.”
The 27-year-old graduate student staged a hunger strike for 105 hours, after five cities in Okinawa refused to participate in the poll as they believed an initially planned yes-no vote would not truly reflect opinions among local residents. The five cities changed their position after the ordinance on the referendum was revised to allow the choice of a third option of “neither.”
Many Okinawa residents have long hoped for the Futenma base to be moved out of the prefecture as they are frustrated with noise, crimes and accidents linked to U.S. military presence.
Opponents of the relocation plan insist the replacement facility will destroy the marine ecosystem off the Henoko coast — home to an endangered species of dugong.
Ten civic groups from Hokkaido, Tokyo, and Fukuoka and other prefectures campaigning for transferring U.S. bases in Okinawa to other parts of Japan issued a joint statement Thursday demanding a halt to the plan to build a new facility in Henoko. 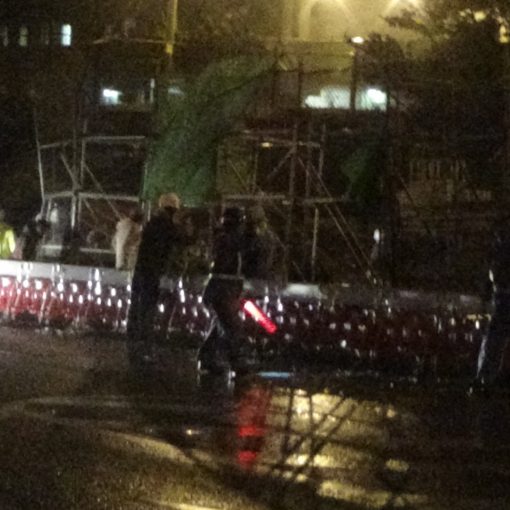 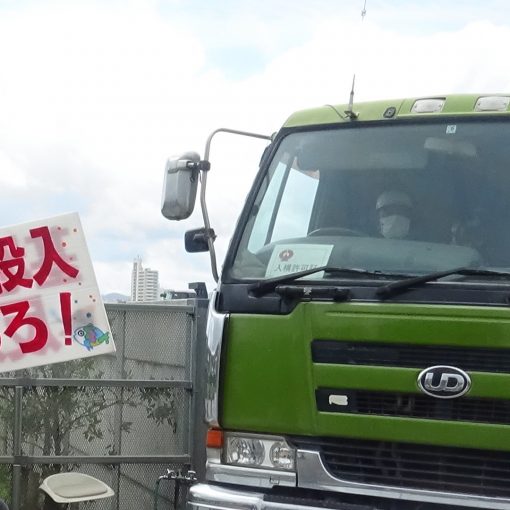