(In front of the Gate)
At 8:30am, approximately 100 people resumed the sit-in. A total of 138 truckloads were brought in. An American woman who lives in Jeju, Republic of Korea, and is active in the protest against military bases gave a speech which was met with a big applause, “All military bases oppress human rights wherever a base is”. In addition, more people including a movie director and a civil engineer gave speeches and stirred up the protest fervor in the tent. The talks on the relationship of the constitution and the laws as well as illegality of the riot police stimulated the protest participants. Approximately 50 people from various parts of Japan joined the protest. The maximum number of participants for today was 170.
The 1st picture shows Jeju, Korea, and the 2nd and the 3rd are the riot police detaining the protesters. The 4th shows green fences held to secure the entrance way for the trucks against the clear blue sky which was wasted. 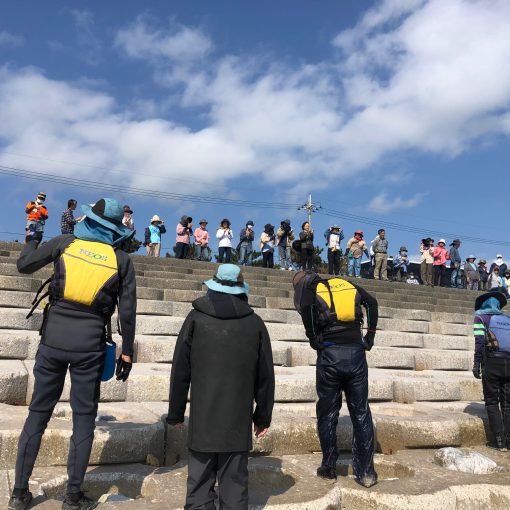 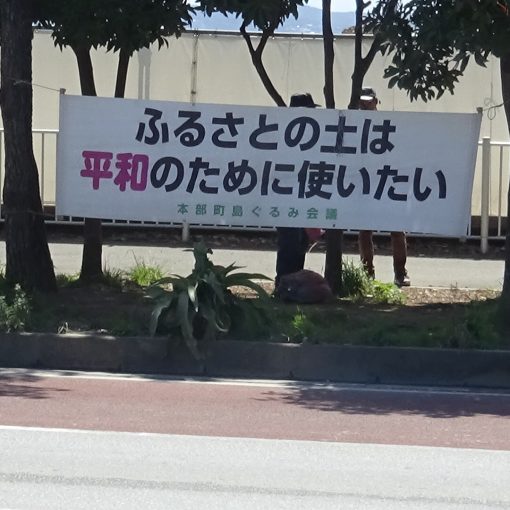 Protest movement is supported by steady efforts of many people. Mr. Oshiro Seiji (assumed name, 73 yrs old) is one of them. […]