We estimated the effect of the GoGo Drive Campaign in which the participants drive slowly at the pier’s entrance and exit to reduce the delivery amount. The average number of deliveries per day on Mondays and Wednesdays when the GoGo Drive members rally is 715 truckloads, and 857 truckloads on other days. That is a reduction of 142 truckload delivery per day (or 16.5%). A small number of 10 members has made a significant delay in delivery operation. Indeed, the protesters rallying at the pier’s entrance and exit also make the protest stronger and contribute to delaying the delivery operation. We should be confident and proud.

Because of the recent re-surge of the novel coronavirus contagion in Okinawa prefecture, “All Okinawa” stopped organizing protest rallies. However, nearly ten protestors showed up in front of the Camp Schwab Gate, Awa pier, and Motobu Shiokawa pier respectively to rally.

At Awa pier, 828 truckloads, and at Shiokawa pier, 442 were loaded to cargo ships. One of the protestors was angry, “The prefectural government declared an emergency. Why should the construction be continued? It will only increase the infected cases in the base.” 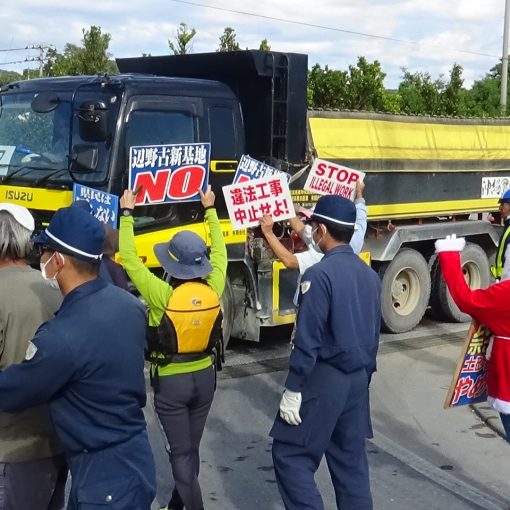 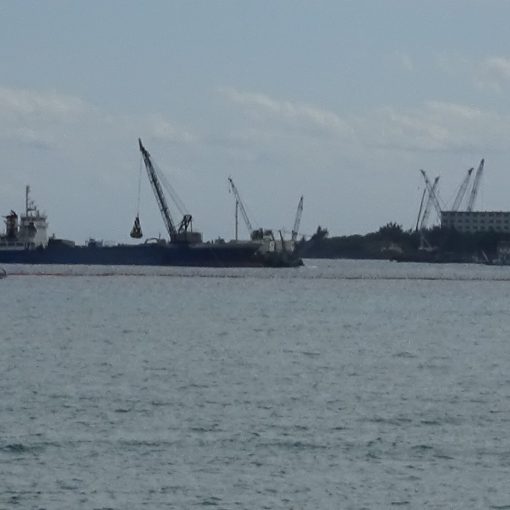