(In front of the gate)
As if in response to the careless manner in which the government recommenced the construction work, more than 40 people had gathered by the morning. It was the first time in a while to hold a sit-in in front of the construction work gate, due to the recent rainy weather. Around 10am, 24 students from Wako-gakuen High School came to the tent, led by two teachers. After listening to an explanation from former Nago Mayor, Mr. Susumu Inamine, they interviewed the sit-in participants in groups of four or five, taking serious interest in learning about the Henoko Base Issue. It was a lively meeting, with nearly 80 people participating by around midday.

August 8, 2020 Ryukyu Shimpo Ryukyu Shimpo utilizes drones to report on U.S. military base issues in Okinawa, such as functional enhancements […] 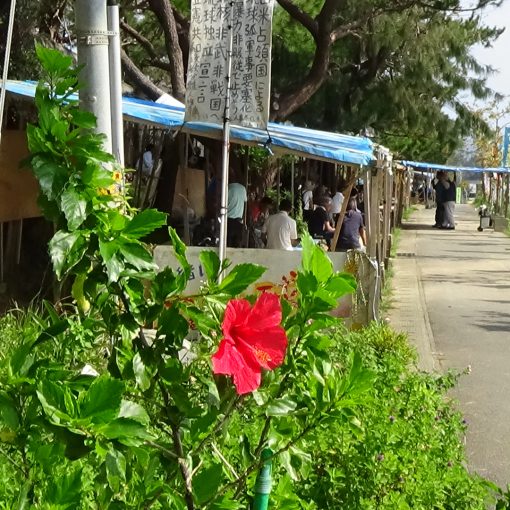