(In front of the Gate)
Only 15 people resumed the sit-in. Many heavy equipment were brought into the Gate, maybe for construction of N4 seawall. Three time the day from 9:30am into the afternoon, dump trucks and mixer trucks delivered a total 316 loads.

(In front of Ryukyu Cement)
Wednesday Intensive Action! In a drizzle, 70 people joined the protest. Some dump trucks showed a sticker of a right wing slogan on the front glass. (Judging from the sticker slogans) it seems that the truckers believe we, the protesting elderly, are persuaded by Chinese. Covered by blue sheets, piles of red soil that the Prefectural Government said illegal and not-fit for the use of landfill were left on the Pier.
Dump trucks delivered 354 loads, and 2 carrier boats left the Pier.

(On the sea in Oura Bay)
Two boats and 9 canoes were out on the sea to protest. They stayed by the floats that serve as the entrance to the area surrounded by oil fences, to prevent the carrier boats to go through the entrance. They kept their position in a pouring rain. Getting impatient, the Coast Guard men jumped into the sea and detained canoe by canoe. However, once released from detention, the canoes went back to the oil fences.
Three carrier boats went inside the fences to unload dirt and sand. 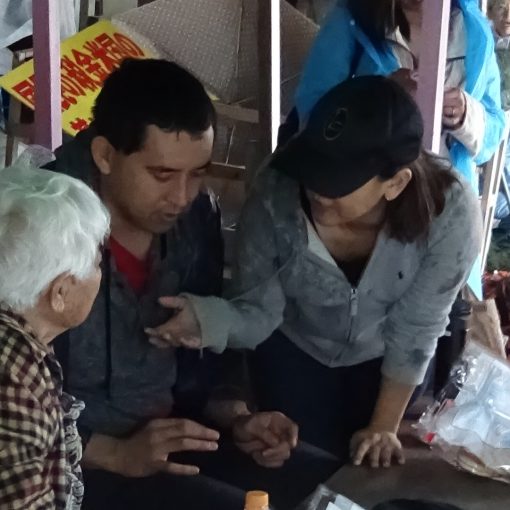 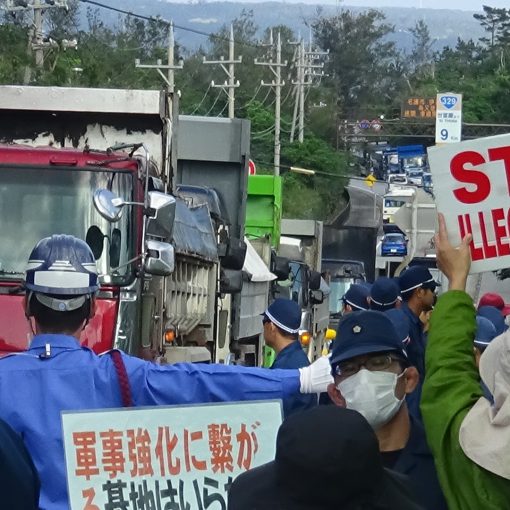 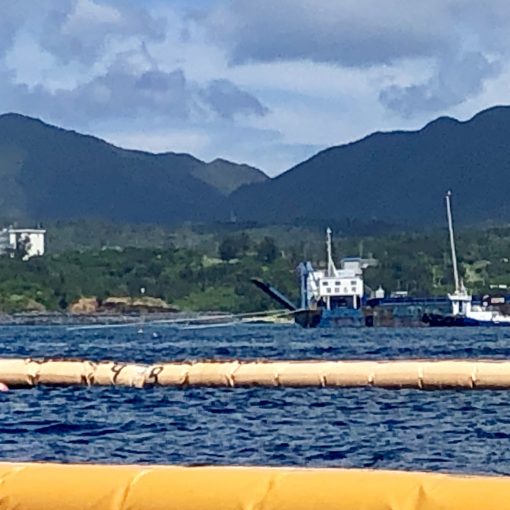